Home > It Takes A Village

Yesterday, we awoke to heavy snow falling and about 8 inches of fresh powder.  The Truckee Wolverines Football team had a One O’Clock start against a team from N. Las Vegas.  A school with 2500 kids vs. Truckee’s 600.  4 times larger than ours.  My son played on the JV team this season, but they are through now.  It was great to see an army of my friends and other community members show up to help give our boys the best conditions possible.  Many of the people you see in the snowblower army don’t even have kids that play any more. There was also about 30 other people on a shovel in the stands and on the field.   It also didn’t hurt that the sun came out around 11 either.  These boys from Truckee will travel to Las Vegas this coming weekend to compete for their fourth straight Div. 1A State Championship. 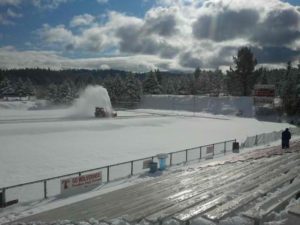 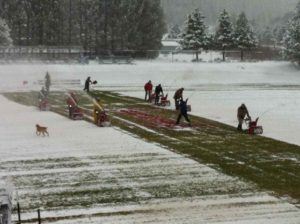 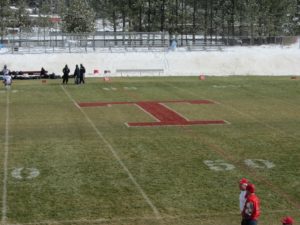 A little help from Mother Nature 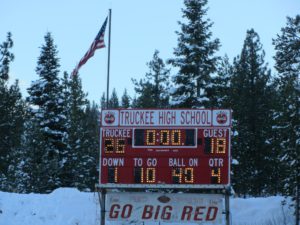 On their way to the State Finals