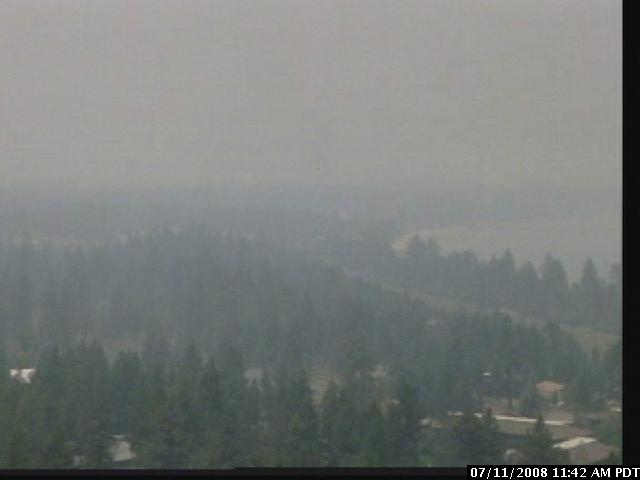 In a previous post, I talked about how blessed I was to be writing about the pristine Tahoe summer time weather. I’m still awfully blessed, but that post also talked about the chance of thunder showers. Those thunder clouds sparked the lightning caused fires that have plagued California since. The Yuba-Complex fires as I believe they’re being called are just to the west of the Pacific Crest from us, and each afternoon they have ushered in a thick, smokey haze that has really been stepping on my buzz. Just a couple of hours west of here thousands upon thousands are currently evacuated from their homes in the Town of Paradise. They get to deal with the smoke while sleeping on a cot in a high school gymnasium. So with that, I’ll quit complaining and deal with my little air pollution problem. That’s the thing about our problems, isn’t it? Our problems usually pale in comparison to someone else’s. Such is the case with real estate here. The market is slow. People in some instances are having to “short-sale” their homes, and others have lost them in foreclosure. But generally, our market has held strong. Sure, we’ve lost some of the great gains that we saw over the last 5 years, but compared to some other places, we’re doing okay. If you’re a buyer, and you’ve been waiting for the bottom, a bump in interest rates could erase a further decrease in prices. You may have already missed the bottom. Really. If you’d like to talk about what you could get in Truckee or Tahoe, give me a call or send me an email. I’ll be honest about real estate, and then we can co-miserate about the weather somewhere. Until then, God Bless those who stand in harms way on the fire lines and those who have lost their homes and everything they owned in these fires.