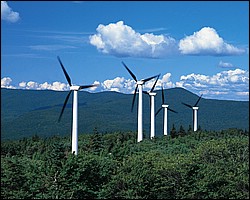 It’s hard to turn anywhere or to any media outlet without seeing or hearing bad news about the economy. Yesterday T. Boone Pickens (he’s a go-bo zillionaire) testified before Congress that if drastic steps were not taken soon, oil would reach $300 a barrel within 10 years. Today, CNBC reported that we may only be half way through this housing slump. Fannie May and Freddie Mac will likely need a government bailout package to remain solvent…The hits just keep on coming.

I don’t profess to be a “bright” fellow, but one could assume that T. Boone Pickens is in-fact, a bright fellow, as we’ve already established that he’s a go-bo zillionaire (I think that’s from Forrest Gump). But he’s got a horse in the race. He’s now trying to develop a monstrous wind farm in Texas, after he became a billionaire in the oil business. Nobel? Likely. Worth billions when completed? Also likely. Of course he’s going to say that it’s bad and getting worse.

I think the doomsday mainstream media has a horse in the race too. Whatever side of the political fence you fall on, it has to be painfully obvious to you that Barack Obama is the media’s darling. They love the guy. Both he and his Republican opponent claim that they can “fix it” for us, no matter what “it” is. I submit that as long as the media continues to try and convince us that everything needs fixing, especially the economy, the better chance that their guy Barack has. I happen to subscribe to the theory that government is not likely to fix anything, other than their sights on more of your tax dollars to create more government. I’m not pointing the finger at Democrats here, lest you get uptight, as the Republicans have grown in to bigger spenders than Democrats could have hoped to have been before them. That’s just my take. “We need change, new, fresh” they say. Big government, save me!

So in my effort to talk you down off the ledge, remember that real estate has always been a long-term thing. Until the early part of this decade, real estate promised years and years of modest appreciation, and a sure fire way to accumulate wealth as a long-term strategy. There will be ups and downs, sure, but California real estate, over the long-term has always performed well. It will again, and a heck of a lot sooner if WE pick our selves up by the boot-straps and get on with the rest of our lives. Whoever gets elected (does it really matter anymore) will not save us, nor will they fix anything, nor will the Congress allow them to get anything real done, nor will they do anything that the people actually want or demand.

It’s up to us. Don’t jump…it’s a cycle, and this one too will pass.